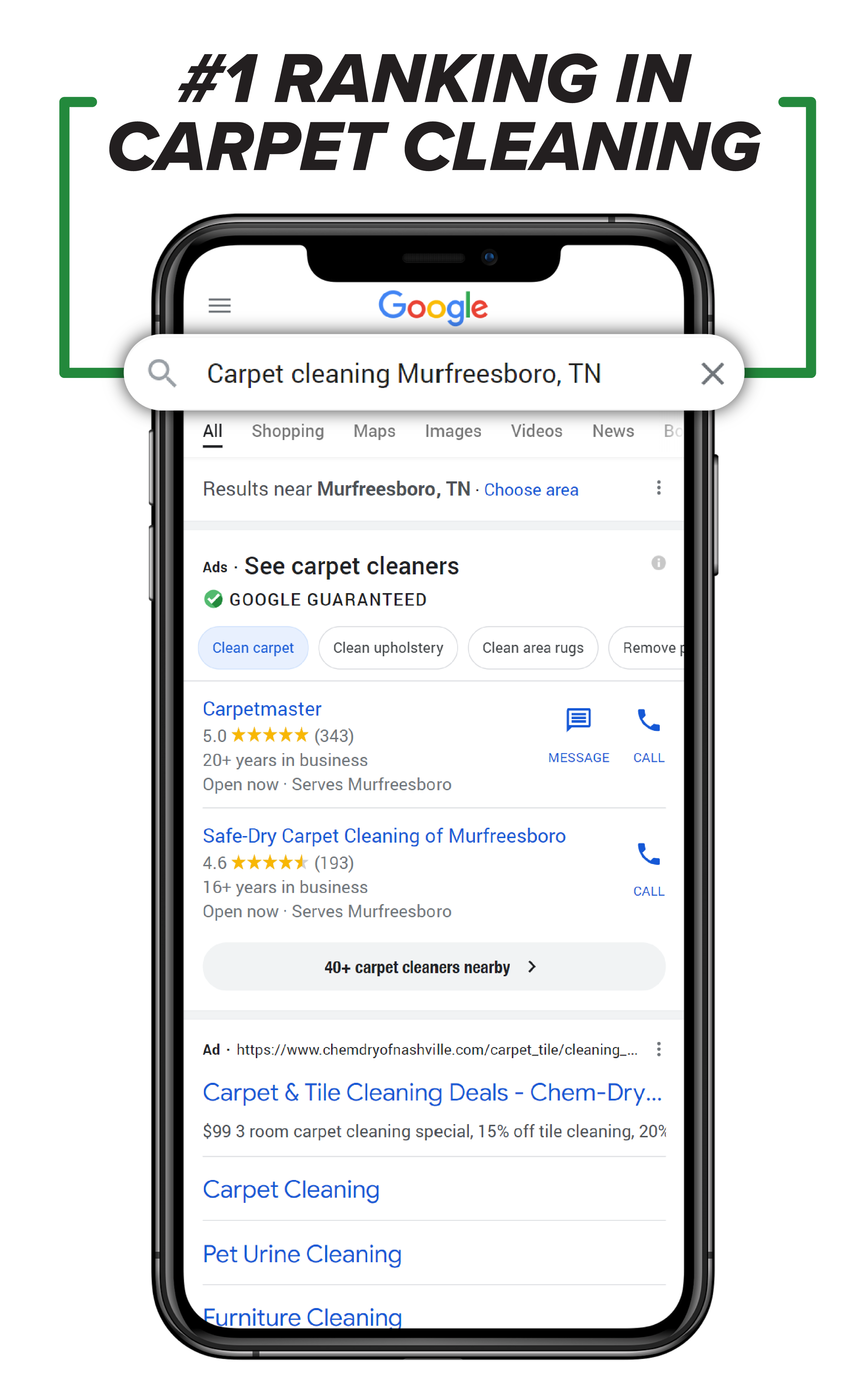 OMG National is proud of a strong track record with regard to staying ahead of industry trends.

CarpetMaster is a carpet and floor cleaning service that began doing business in 1999. For over 20 years, the experts at CarpetMaster led by Michael Leadingham have delivered premier carpet and floor cleaning services to customers throughout Murfreesboro, TN and the surrounding areas. Mike first sought OMG National’s Digital Marketing Services in January of 2020 when he signed on with OMG to build him out a beautiful website for CarpetMaster!

After about a year of our Webworx professional services, Mike filled out a website form on OMG National’s Website to request information about Google Guarantee for carpet cleaning. When Mike was asked about what drove him to our Google Calls Advisor product, he said that he was looking to try something new for CarpetMaster, and mentioned that the Business Development Manager on his account, Jay Pierce, played a big part in him signing up. Since then, Jay earned our client’s trust, and Mike’s awesome website solidified OMG as Carpet Masters’ go-to for guidance within the Digital Marketing landscape.

We coached our client appropriately and set up the campaign optimally ,and continue to lead the way. We took careful consideration when launching the CarpetMasters campaign to make sure that all vertical-specific considerations were thought of. During our campaign launch and introductory calls, we took a deep dive into how the LSA campaign was built, how it would run, and how to manage it properly on the client’s end, going as far as sending an instructional video to walk Mike through the LSA dashboard on top of the strategizing and instruction provided during the introductory calls. There are big National brand name competitors in the area, so we knew our meticulous and thorough approach while building out and optimizing the Organic side of the program with the Google My Business Page would affect some serious change. On the LSA-side, the profile had a quick Onboarding due to our specialized experience with this process. From then on, our coaching combined with the bells & whistles we added to Mike’s LSA account, as well as strategic setup of the ad-levers in conjunction with the power of centralized responsiveness by means of Carpet Masters’ partnership with an answering service set the stage for success.

After the campaign was launched in mid march, the LSA campaign has garnered 50 leads. After a slower start in the month of March, we have seen this LSA campaign pick up a lot of traction over the months of April and May with 40 leads coming in between those two months. This is one of the most successful campaigns cases we have seen for an early carpet cleaning client, with CarpetMaster’s Google Guarantee ranking staying within the first and second spot consistently on Google for carpet cleaners in Murfreesboro, TN. Not only that, but with our education and guidance, and the help of the answering service CarpetMaster has partnered with, Mike has been able to retain a 75% OMG response score, and has reported booking many quality leads from his LSA campaign. While we have been working with Mike to keep his LSA campaign running smoothly and effectively, we have seen great results in our Organic work for Carpetmasters’ Google My Business page. We have seen CarpetMasters organic rank rise steadily within the GMB layer over the past few months. Just over the last 90 days, we have seen large increases in views, Engagement, and leads. 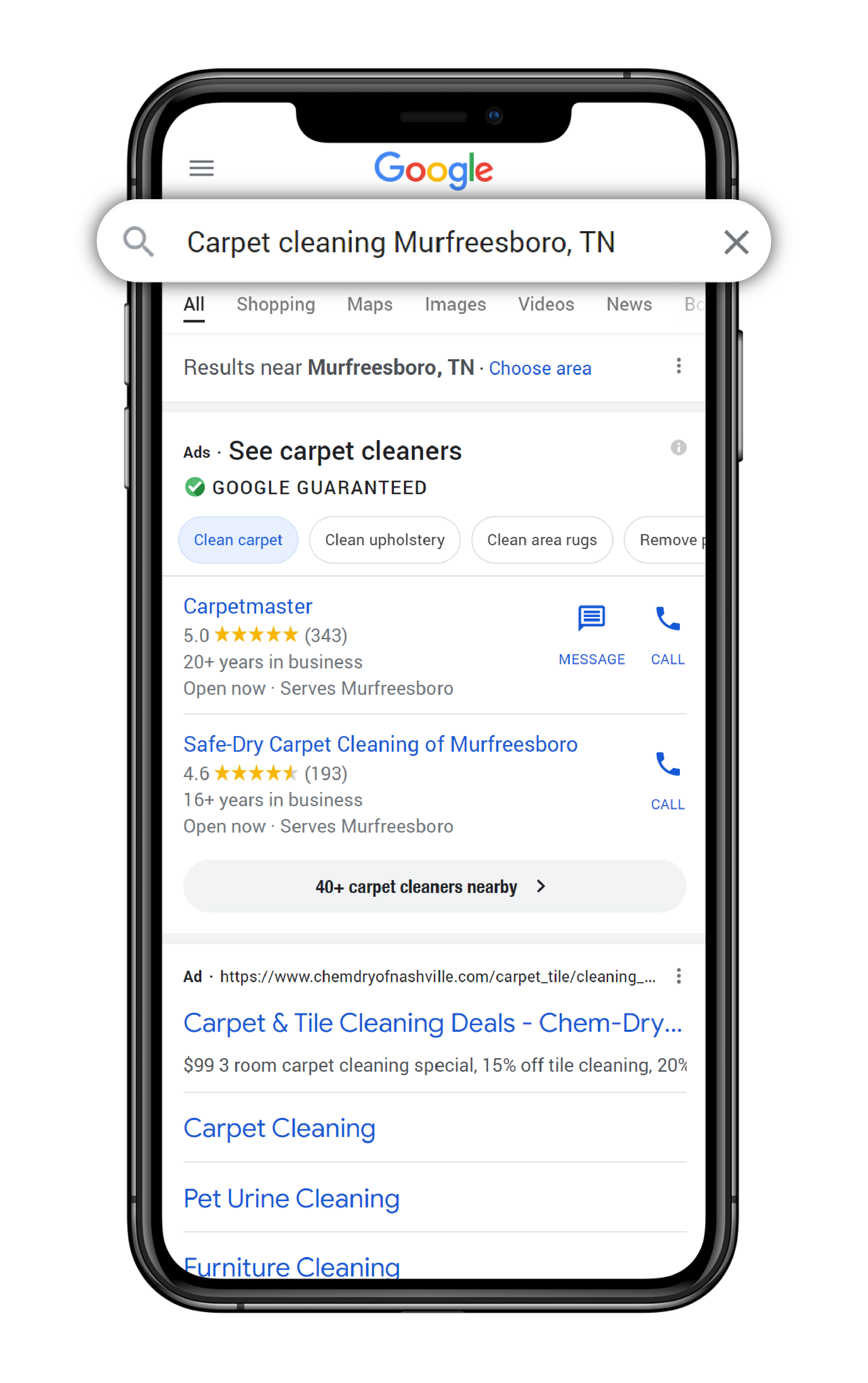 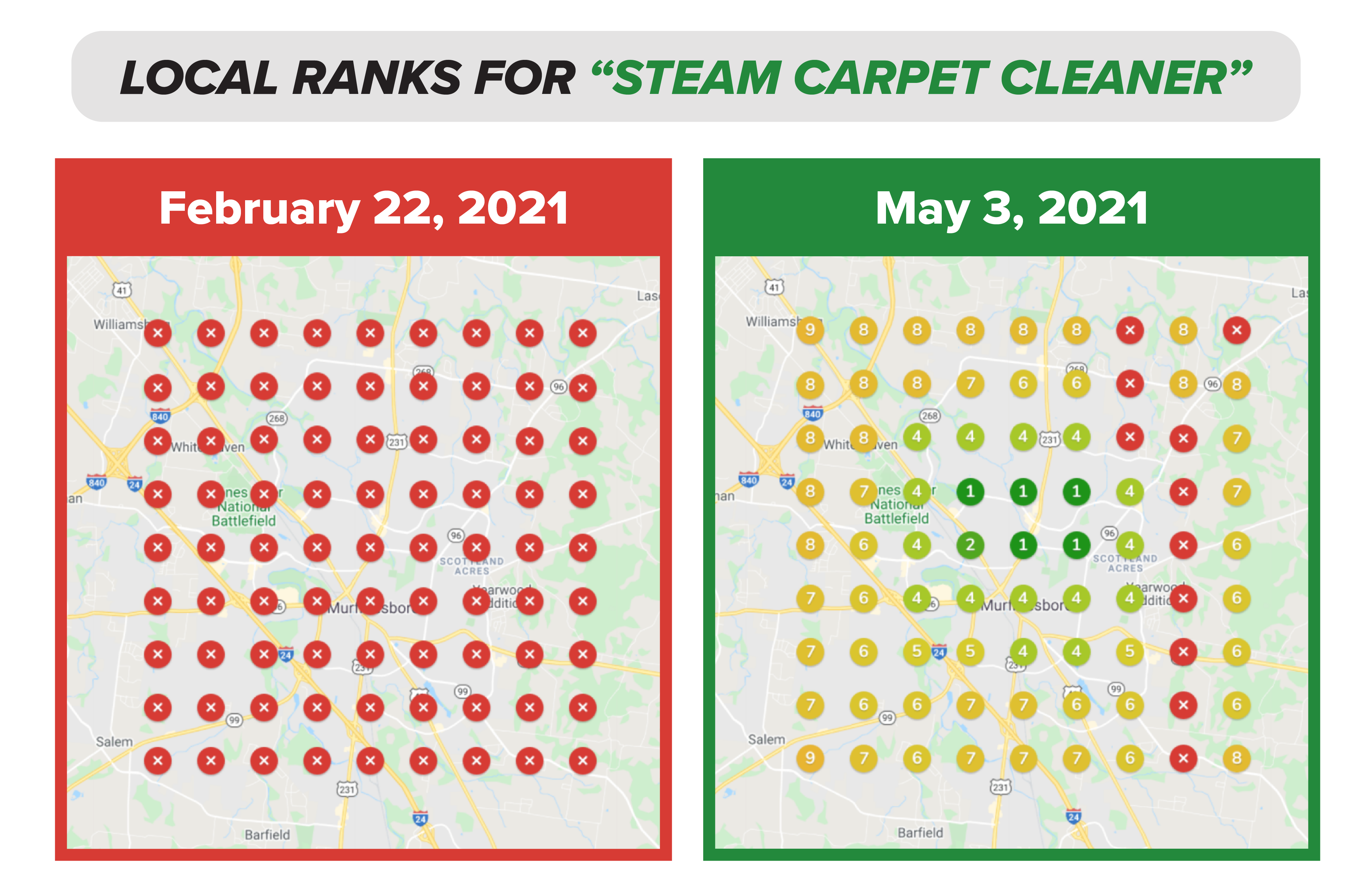 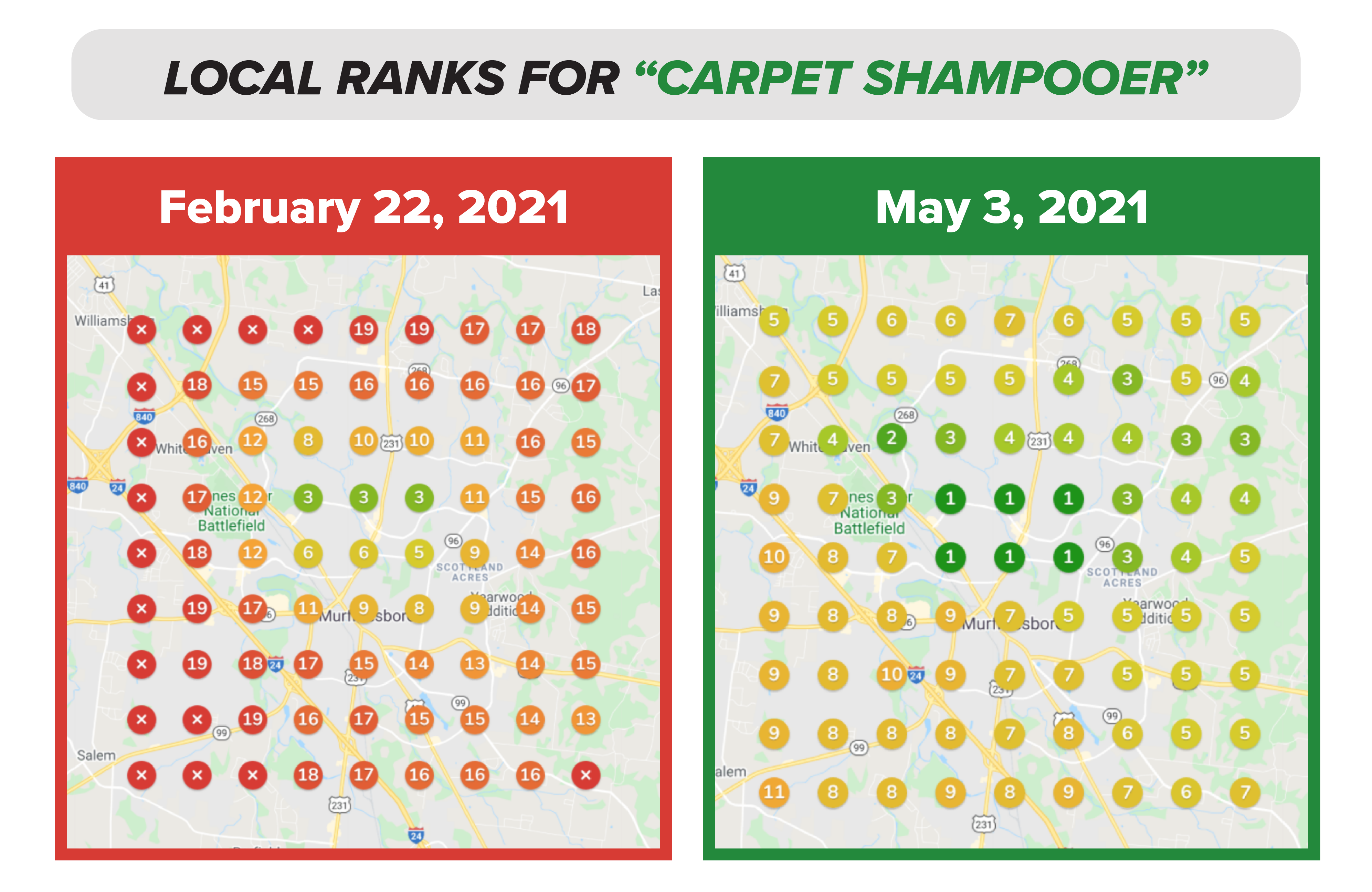 SEE WHERE YOUR BUSINESS RANKS

Enter Your Information Below